I use the nickname "Syllo" for my digital work online(It is just a combo of the first letters of my name and first name, easier to remember and mostly to type!)

I started roughly 17 years ago as a generalist in a small commercial and films company, it was a great place to learn as the turnarounds were pretty quick!
I'm working now for a vfx film company(Frametore) as the Head of Visual Development, we are working now on titles like *Spider-Man: No Way Home, *Doctor Strange in the Multiverse of Madness, **Moonfall ... Among others ;)
I know quite well the different departments implied in the creation of Vfx, but I've been mostly working as a Matte Painter and a Visual Development/Concept artist for most of my career.

You can find some examples of my personal work here:
https://www.artstation.com/syllo
Pretty soon I should be able to show some recent and actual big productions work from the shows we worked on, but as you know probably already, productions approvals on this type of work can be a long process ;)

So, I'm from France originally, but live now in Montreal, Canada.
Since I started working in the VFX industry, I had multiple positions before finding just the right fit (from 3D generalist, to Matte painter, to Visual Development).
Now with around 17 years of experience, I’ve had the opportunity to work on major franchises, such as *"Blade Runner 2049", *"Captain Marvel", *"Army of the Dead", *"Dumbo", *"Terminator Genisys ", *"X-men Days of Future Past"...

I had the priviledge to be nominated for a VES award in 2017 in the "Outstanding Created Environment in a Photoreal Feature" category for our work on Blade Runner 2049 among other coworkers @Framestore, more info here:
https://www.framestore.com/bladerunner2049?language=en

I did a conference in 2017, in depth, about Framestore work on Blade Runner 2049 in Paris for ArtFx school's students (@ the auditorium -Parc de la Villette at the Cité des Sciences et de l'Industrie). 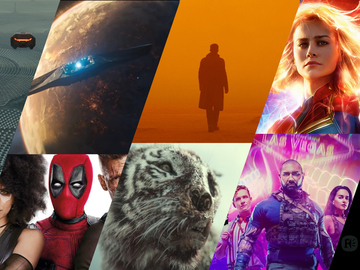 Everything went smoothly. Sylvain really took the time to show me in detail what the strengths and weaknesses of my portfolio were. He gave me a lot of useful advice. Thank you very much!

Anaïs Latour about listing VFX: Portfolio review + Tips and Tricks to get the job you want! 7 months ago.

Syllo is a true professional! I'm really glad I got this opportunity to talk to him personally and ask questions I had about the industry and what it takes to get in. He provided me with clear and helpful feedback along with sharing some useful tricks. Awesome!

Alexander Dudar about listing VFX: Portfolio review + Tips and Tricks to get the job you want! 10 months ago.